This book probably represents the best half-dollar I ever spent at a yard sale. Raymond Carver wrote mostly short stories, and he is among the best short stories writers of the latter part of the 20th century. I had never heard of this book, although I have read several of the stories.

Raymond Carver died at the young age of 50. He wrote five collections of stories, and five collections of poetry. His first published story appeared in a college literary journal, and his first book of poetry was published by a college press. His career was plagued with bankruptcies and alcoholism. The American Academy and Institute of Arts and Letters awarded him a fellowship, which allowed him to write full time. At age 49, he was diagnosed with lung cancer, and despite radiation, chemo, and surgery, he died in August of 1988.

Robert Altman wrote the Introduction to Short Cuts, because he assembled a selection of nine Carver stories and a poem and made a film with the same title. Amazon should shortly process my order for the film.

Each of these nine stories tells a tale of families and relationships. Individuals, who through fate, carelessness, accidents, and plain old stupidity, find themselves in a corner of dark shadows, fears, and stressful situations. Raymond Carver short stories often probe the psyche of men and women caught in uncomfortable positions. Most of these slice of life stories end up without resolution, as the character founders and struggles with the consequences of his or her own deeds.

I do not have a single favorite. Unlike most collections of stories, Carver’s Short Cuts, has no lumps of coal. They are all gems. However, one story intrigued me slightly more than the others – “So Much Water So Close to Home.” In this intense story, four friends, bowl, play cards, drink, and a couple of times year, travel over 100 miles for a long weekend of fishing. One trip, however, will alter Stuart Kane’s life forever.

Carver wrote, “On Friday afternoon these four men left for a three-day fishing trip to the Naches River. They parked the car in the mountains and hiked several miles to where they wanted to fish. They carried their bedrolls, food and cooking utensils, their playing cards, their whiskey. The first evening at the river, even before they could set up camp, Mel Dorn found the girl floating face down in the river, nude, lodged near the shore in some branches” (71). 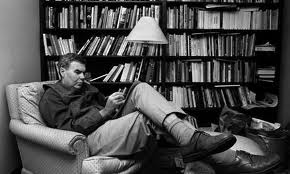 Imagine what happens next! All of these stories revolve around a crisis of some sort, and they all shatter lives and relationships. A nifty collection and a first-rate introduction to a master of the short story. 5 stars.