Something Else: A Memoir by Richard Russo

Richard Russo has been one of my favorite authors for a long time. I started with Straight Man, a comic look at life in the English Department of a rural New England College. As an English Professor, I laughed and cried with tears of joy and sorrow as Russo exposed the peculiarities of my profession. I “knew” many of his characters as colleagues of my own.

Of course, Russo is most well-known for his stories of decaying towns in the rust belt of the U.S. Several of these novels, including, Nobody’s Fool and Empire Falls have been made into successful movies. Empire Falls won two Golden Globes along with other awards and nominations, including a Pulitzer Prize for the author. All these stories are tales of ordinary, hard-working people, who overcome serious difficulties in their struggles through life. Russo’s recently published memoir, Elsewhere sheds a bright light on the origin of many of these characters.

Russo grew up in the mill town of Gloversville, NY, famous for its gloves. As has frequently been the case, the labor was sent overseas and the mills closed. The town was left with poverty, unemployment, and a host of medical problems resulting from working around the chemicals used in tanning the leather and the dust as a by-product of glove making.

Elsewhere focuses on Russo’s mother and their relationship. His father left the family early on, and apparently played only a little role in the young boy’s life. Richard struggled to understand and cope with the mental illness of his mother. He tells this sad story of his mother's illness without becoming maudlin because of the streak of humor underlying it all.

Russo and I are about the same age, and we share a number of interesting coincidences. His youth was filled with books and a wide variety of interests. He even flirted with a career in archaeology. While I was fortunate to grow up in a stable family with no hint of mental difficulties, my life closely parallels Russo’s in a number of respects.

In the “Prologue,” Russo writes,

“What follows in this memoir – I don’t know what else to call it – is a story of intersections: of place and time, of private and public, of linked destinies and flawed devotion. It’s more my mother’s story than mine, but it’s mine, too, because until just a few years ago she was seldom absent from my life. It’s about her character but also about where she grew up, fled from, and returned to again and again, about contradictions she couldn’t resolve and so passed on the me, knowing full well I’d worry them much like a dog worries a bone, gnawing, burying, unearthing, gnawing again, until there’s nothing left but sharp splinters and bleeding gums” (12). 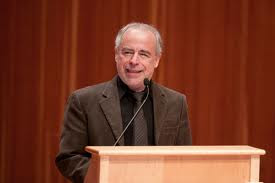 Obviously, I could never hope to explain this heartwarming yarn of growing up in the northeast as well as Russo does here. If you have never read Russo, I think Elsewhere will provide a solid foundation for understanding his novels, and those are a real treat for anyone interested in fine literary fiction. 5 stars