Nothing Serious by Daniel Klein

A funny philosophical novel? A resounding yes in the case of Daniel Klein’s Nothing Serious. When I first picked up this novel, the name Daniel Klein seemed remotely familiar. The jacket bio informed me he co-authored Plato and a Platypus Walked Into a Bar. This humorous introduction to philosophy in plain language and cartoons entertained me every minute I spent on its musings about the great thinkers of the world. Klein has turned his hand to fiction and written a witty story of Digby Maxwell, who has found himself the editor of Cogito, a small philosophy magazine headquartered in a Vermont College town.

Digby has had a storied career with The Village Voice and New York Magazine as a talented trend spotter. A word in his columns quickly spread through Manhattan and the country. One day, Digby finds himself on the bad end of a pink slip. His editor feels he has lost his touch.

He wanders around a bit, and tries to figure out how long his savings and his supply of pot will last. Suddenly, literally out of nowhere, Digby receives a call from a small magazine, Cogito, based at Loudon College in Vermont. The caller informs Digby he is the only candidate for the job of editor. He protests his lack of knowledge of philosophy, but the publisher has other plans. She is completely aware of Digby’s connections to pop culture, and she wants the magazine to take a different turn – looking at philosophy from the outside. In other words, integrate pop culture and make the journal more relevant to the 24 to 40 crowd with lots of disposable income.

Digby takes the job and appears stoned at a welcoming party in a frayed tweed jacket with leather elbows. He begins surveying the women at the party for likely candidates as bed mates. He quickly develops several relationships on and off the campus of the small town. Digby is pleased with the salary, and decides to go ahead with the job. However, others at Loudon and Cogito have significantly different ideas.

The story unfolds into a complicated tale of small town politics, academic turf protection, sexual obsessions, and petty jealousies. Partly because of his self-medication with weed, Digby finds himself quite anxious about his ability to pull this off. Klein writes, “This welcoming party merely touches the tip of the angst iceberg that chills his soul” (12). Digby muses, “I am an impostor. A charlatan. A quack in tweeds” (13). In his attempt to learn something about the philosophers whose ideas he deals with daily, he undertakes a reading project of huge proportions. He begins to analyze his colleagues and co-workers according to the ideas of Kant, Schopenhauer, and others.

Digby falls in love with Mary Bonavitacola, the pastor of the local Unitarian-Universalist Fellowship. He attends a meeting, but “As a point of pride, Digby has never allowed himself to feel a part of a rapt audience. It smacks of groupthink. And for him, a church congregation is the most flagrant laboratory of groupthink in the civilized world, the kind of groupthink that usually ends in group mayhem. That said, he is listening like an acolyte to Reverend Bonavitacola” (65). 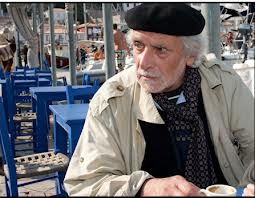 Daniel Klein’s Nothing Serious has a publication date of April 2013. Look for a copy, you will not be disappointed. Because of some slightly improbable observations and comments by Digby, Four stars --Chiron, 12/31/12