I have loved and admired the work of Annie Proulx since I first read The Shipping News when it first came out in 1993.  Since then I have read her collections of stories, That Old Ace in the Hole, and the delicious Bird Cloud.  Accordion Crimes was the next on my list, and for the first time, I was really disappointed.

This novel relates the story of a home-made accordion that travels from place to place and owner to owner.  The story had gaps in some of the movement of the instrument, which I found a bit confusing.  But the worst flaw was the characters.  I simply could not connect -- much less care about any of them.  Several times I flirted with invoking my “Rule of 50,” but I did not want to give up on Annie.  Finally, nearly half way through and another cast of thin, cardboard characters introduced, I called it quits.  I have a couple of other of Proulx’s works, so after those I may come back and give it another try. 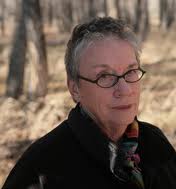 Nobody is perfect, but before Accordion Crimes, Annie Proulx was really close.  If you have read it, and have a different take on this novel, I would love to hear from you.