The Fever Tree by Jennifer McVeigh

When it comes to books and reading, I am definitely a hunter/gatherer.  My sustenance comes from these activities, but every once in a while, I bag a trophy – the best are first novels by young writers.  The Fever Tree by Jennifer McVeigh is the latest in a long line of trophies I have collected.

Francis Irvine is the only child of a prosperous business man in London.  His deceased wife was a member of the wealthy Hamilton family, who disowned her when she married the Irish Mr. Irvine against their wishes.  Mr. Irvine began a furniture business and did quite well, but he lost all is money in the Panic of 1873.  He had borrowed and invested in The Northern Pacific Railway which went bankrupt due to poor management.  He died leaving Francis penniless and without any family, save a cousin in Manchester, who agreed to take Francis in as a governess to her children.  However, there was an alternative.

Dr. Matthews, three years older than Francis, was heading out to Kimberly in South Africa to begin a medical practice.  From an early age, he had a crush on Francis, so he proposed marriage to her father and he agreed.  However, Francis was a city girl, and thought of moving to Africa did not appeal to her at all.  Faced with the squalid life her cousin offered her, she decided to accept Matthews and move to Kimberley.

After all her father’s property was sold at auction, she had barely enough money for steamer passage.  She had to give up all her finery, and she set out for a rendezvous with a fate she bitterly decried.  She made friends with two other immigrants – also poor and penniless.  A handsome stranger is also on the ship, and he charms Francis, who promptly falls deeply in love.  She hopes Mr. Westbrook can rescue her from what she perceives as an awful marriage. 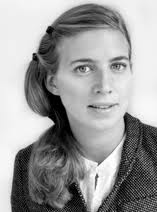 McVeigh has accurately captured the sounds and sights and characters of the 19th century.  In this passage, Francis has been summoned by her mother’s brother.  She hopes her uncle will take her into his house.  McVeigh writes, “Francis caught sight of herself in the gold-crested mirror over the fireplace.  She regretted standing up.  Her uncle would take it as a sign of bad breeding.  Beneath the eagle with his wings unfurling, the dark, convex glass threw a distorted impression back at her.  Sparks of red hair swirled away from her in dense curls, and the narrow, angular lines of her face warped so that her mouth twisted with bitterness.  Her Irish blood was too visible for her uncle’s liking, reminding him of everything her mother had given away, and she wondered whether he would be happy never to see her again, ‘So—you won’t have me?’” (33).
I have always had a soft spot for red-haired women and 19th century women writers.  Now I have a soft spot for Francis Irvine. Jennifer McVeigh’s The Fever Tree is a delightful read, but caution: she departs from traditional 19th century literature in a few explicit scenes of “you know what.”  5 stars