I recently reviewed the great Alice Walker novel, Temple of my Familiar.  In this novel, she mentions an African writer Bessie Head.  Most of the time, books and authors mentioned in novels are as fictional as the rest of the story.  I had never heard of Bessie, but something in Walker’s description piqued my curiosity.  I did a search and found numerous websites devoted to this important African writer.

Bessie Head was born on July 6, 1937, in Natal.  She did not know her parents.  Her mother was a Scottish woman and her father was an unknown Black South African.  As a result of her mixed-race status, she suffered greatly from discrimination by Africans.  In January 1956, at age 18, Bessie received a teaching certificate. She immediately began teaching at the Clairwood Coloured School in Durban.  In June of 1958, she resigned to become a journalist in Durban.  After stints at few newspapers and magazines, she began her own newspaper, The Citizen, which promoted Pan-African views.  In 1964, she left South Africa for a teaching job in Bechuanaland Protectorate, in a village called Serowe.  In late 1965 she began writing seriously with financial help from some writer friends.

In early 1969, she suffered a mental breakdown and was briefly hospitalized.  Surprisingly, this setback had two helpful outcomes. First, the villagers who had resented her now accepted her as crazy and left her alone.  She became calm and creative once again.  A novel, Rain Clouds was published in New York and London, and it received excellent reviews.  With encouragement from new friends, and in a wave of creativity, she began a new novel, Maru, which was published to rave reviews in 1971.  Maru won numerous awards in Africa and Europe.  She had become Africa’s first great woman writer.  Unfortunately, she suffered another breakdown in late 1971 and was again hospitalized.

Once on the road to recovery, she started her most difficult book, A Question of Power. It is an autobiographical novel, using incidents from her early life as well as her recent nightmares.  A Question of Power appeared in October 1973 to immediate praise and acclaim.

A Question of Power is the first of her works I found.  This horrific tale of her breakdowns, nightmares, hallucinations, hospitalization was difficult to read, yet I found myself unable to put it aside.  Over the years I have read a few novels depicting mental illness, but Bessie Head’s work tops them all.  I frequently found myself stopping, reflecting, re-reading paragraphs, and shaking my head at the inhumanity among members of the human race.  This novel is not for the faint of heart.

Maru on the other hand, bears only scant comparison to Question.  This award-winning novel tells a story of an orphan, Margaret Cadmore, raised by a white Englishwoman.  Margaret is lonely, and she suffers discrimination by the dominant tribe in her village, the Botswanans, which considers Margaret and her people, the Masarwa, as “less than human,” “unable to think and reason,” and “so stupid the only blanket they have is to turn their back to the fire.” 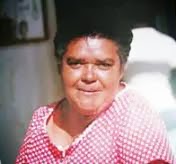 In an interview, Bessie said of Maru, “With all my South African experience, I longed to write an enduring novel on the hideousness of racial prejudice.  But I also wanted the book to be so beautiful and so magical that I, as a writer, would long to read and re-read it” (xii).

Some of the Botswanans feel the winds of change coming.  Head wrote, “Should [Maru] bother to explain the language of the voices of the gods who spoke of tomorrow?  That they were opening doors on all sides, for every living thing on earth, that there would be a day when everyone would be free and no one the slave of another?” (49).

Enduring and magical are two apt words to describe this work.  Her lyrical descriptions of the people, the village, her friends – and those who fought against her – are as memorable as any novel I have ever read.  5 Stars