In a recent review, I mentioned my predilection for novels about books, book stores, and English Professors.  A day or so after writing the review, Stoner by John Williams came to my attention.  I had never heard of Williams or any of his works.  Scant information is available, and what I could find out remains largely undocumented.

Williams was born in northeast Texas in 1922.  His grandparents were poor farmers, and his first attempt at a junior college ended in failure after one year.  He joined the Army Air Corps during World War II, and while serving completed a draft of his first novel.  After discharge from the military, he moved to Colorado, and enrolled at the University of Denver.  He completed a BA in 1949 and an MA in 1950.  During this time, his first two books were published, a novel and a book of poetry.  He enrolled in the PhD program at the University of Missouri, which he completed in 1954.  He then returned to the University of Denver and became an assistant professor.  He remained in Denver until his retirement in 1985.  He died in 1994.  (Sources: various book reviews).

His third novel, Stoner, published in 1948, tells the tale of an English Professor at the University of Missouri.  William Stoner came from dirt poor farmers in Missouri.  His uneducated parents sent him to the University on the advice of a county agent, who suggested the young man could learn about modern agricultural techniques.  While a student, William lived with a cousin of his mothers, and helped work their farm.

During his first semester, he took agricultural classes and a survey of English Literature with the forbidding Archer Sloane.  He failed the class, but he was bitten with the mystery and beauty of literature.  He changed his major and completed a BA, then an MA and began teaching.  Then World War I interrupted the plans of many students and faculty who rushed off to fight for Democracy.  William did not enlist, but rather applied for and received a deferment.  He completed a PhD, and because of a shortage of faculty, was hired as an assistant professor. 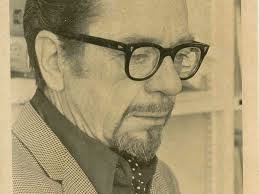 Stoner is one of those rare novels which has such beauty, grace, and wisdom I was captivated from page one.  Williams writes, “Stoner’s colleagues, who held him in no particular esteem when he was alive, speak of him rarely now; to the older ones, his name is a reminder of the end that awaits them all, and to the younger ones it is merely a sound which evokes no sense of the past and no identity with which they can associate themselves or their careers” (4).  Stoner switched to English Literature because it “troubled and disquieted him in a way nothing had ever done before” (10).  As time passed, Professor Sloane asked Stoner what he intended to do with his life.  Stoner did not have a clue.  “‘But don’t you know, Mr. Stoner? … Don’t you understand about yourself yet?  You’re going to be a teacher.’  ‘Are you sure?’  ‘I’m sure,’ Sloane said softly” (20).  I could easily quadruple the length of this review with many more passages marked and underlined as wonderful as this.

This intelligent, thoughtful novel tracks an event which alters Stoner forever.  The prose is filled with literary references, philosophical musings, along with a dash of bitters and some drops of sweetness.  I nearly read this book in a single sitting.  I found myself identifying with William Stoner on many levels.  In fact, I think I will take that rarest of steps and read it again … now!  A mere five point scale simply will not do.  8 stars.