Victoria N. Alexander has constructed a clever and engaging novel loosely based on Shakespeare’s masterpiece, Hamlet.  This dark comedy revolves around the tragedy of 9/11.  Alexander has several novels to her credit, as well as a work non-fiction, The Biologist’s Mistress: Rethinking Self-Organization in Art, Literature, & Nature.  She is also working on a comedy screenplay about a high security dystopia.

Hamlet’s father has apparently died in the collapse of the twin towers, and Hamlet and his mother Gertrude move to a rural village, Amenia where the residents are suspicious of strangers.  The town suffers from an epidemic of obesity, because of a local connection to big agriculture farms producing only high fructose corn syrup.  When Gertrude tries to sway the school board to a healthier diet for the students, she and Hamlet and isolated from the rest of the town.  One of Hamlet’s former science teacher shows up and convinces Hamlet his father was killed on 9/11 as a result of a conspiracy to justify the Iraq War.  Claudius, who has just married Gertrude, is an engineer, who worked on part of the official report of the events of 9/11.

Alexander has a free-spirited style that entertains on every page.  She writes, “For the greater part of seven years, we have been more or less holed up from the thumb-communicating world.  There are no malls in Amenia.  One buys one’s clothes at Tractor Supply, or else at the drug store.  There are no billboards, and if one does not have cable TV, and aptly named Yahoo account, or newspaper subscriptions – and we do not – a lot of celebrity news can go on without one ever knowing about it.  Sure, things come up in conversation, and, as we go through the grocery line we receive our inoculating dose of tabloid, but that is the extent of our exposure to the flotsam and jetsam that people take for information.  As a child, I read the classics and liked math and science.  I got very good at finding geeky things online and somehow missed everything else.  You really can tunnel your way through the internet using Scholar Google.  Besides my flock [of sheep], I had plenty of playmates, young and old, all over the world, but I completely slept through American popular culture, knowledge of which, it appears to me, could be as important as knowing last year’s weather predictions” (14-15). 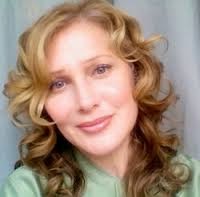 Alexander also sprinkles lots a comments on the wars following 9/11 and the military industrial complex President Eisenhower warned the nation about in his good bye speech as he left the White House in 1961.  The cast of narrow minded, selfish, and greedy residents of Amenia, provides lots of laughs.

My only problem with the novel involves the naming of the characters.  Gertrude, Claudius, Hamlet, Ophelia, Laertes, Polonius, and Horatio seem a bit heavy-handed.  Why not Greta, Claude, Hamilton, Olivia, Larry, Paul, and Harry?  The plot parallels Shakespeare closely enough that most readers will get it.  Nevertheless, in Locus Amoenus, Victoria N. Alexander has produced an interesting story with quite a bit more humor than the bard of Avon planted in his tragedy.  4 Stars.