The Bookseller by Cynthia Swanson

I frequently judge books by the cover and sometimes simply by the title.  How could I possibly ignore Cynthia Swanson’s novel, The Bookseller. I rely on the “Rule of 50” to protect me.  Kitty Miller, the main character does run a book store with her long-time friend, Frieda.  But the story takes twists and turns which stimulate the imagination.  While, I did figure out what was going on in the novel pretty early on, I kept reading, because the story was that gripping.

The book jacket reveals Cynthia Swanson is a writer and a designer of mid-century style.  She has published a number of short stories, one of which garnered a Pushcart Prize nomination.  She lives in Denver with her husband and three children.  The Bookseller is her first novel.

Kitty Miller is a single, 30-something woman who shares the running of Sisters Bookshop on Pearl Street in Denver.  The city had recently diverted a streetcar route which had passed in front of Sisters.  Now, without the foot traffic, business has fallen off, and Frieda and Kitty are trying to decide what to do.  Frieda wants to move to a strip mall in a busy shopping district, but Kitty wants to keep going in the hope things will turn around soon.

Years before, Kitty placed a personal ad in a Denver newspaper, but all the responses seem to be duds – except for one: Lars Andersson.  He impressed Kitty as a quiet, sensitive, kind man, with a number of interests shared with Kitty.  They agree to meet for coffee in a couple of days.  She is excited and gussies herself up for the date.  However, Lars never appears.  Kitty is really disappointed, and she gives up the quest for a husband and devotes her energies to the shop.

Then the dreams begin.  Swanson writes, “This is not my bedroom. // Where am I?  Gasping and pulling unfamiliar bedcovers up to my chin, I strain to collect my senses.  But no explanation for my whereabouts comes to mind. // The last thing I remember, it was Wednesday evening and I was painting my bedroom a bright, saturated yellow.  Frieda, who had offered to help, was appraising my color choice.  ‘Too much sunniness for a bedroom,’ she pronounced, in that Miss Know-It-All tone of hers.  ‘How will you ever sleep in on gloomy days with a room like this?’” (1).  However, Kitty cannot recall anything further of that day.  She assumes she is still asleep, Swanson again, “This dream bedroom is quite a bit larger and swankier than my actual bedroom.  The walls are sage green, nothing like the deep yellow I chose for home.  The furniture is a matched set, sleek and modern.  The bedspread is neatly folded at the foot of the bed; soft, coordinating linens encase my body.  It’s delightful, in a too-put together sort of way” (2). 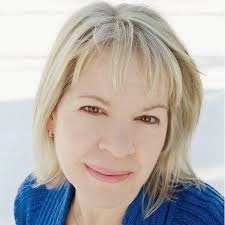 As the novel progresses, Kitty swings back and forth between her life as Kitty, friend of Frieda and co-proprietor of Sisters.  She begins to fear sleeping.  Kathryn, as she is called by a bewildering number of people who know her, but she has no clue who any of these people are.  She learns she is married to Lars Andersson, they have three children, triplets, and they live an idyllic life in a ritzy suburb of Denver.

As the dream world deepens, Kitty becomes more and more concerned.  Some characters from her life at the bookstore are in the dream, and some are not.  Aslan, her beloved cat, occupies both realms.

An interesting and gripping tale of a woman trying to deal with two different worlds and vastly different sets of problems, Cynthia Swanson’s debut novel, The Bookseller, certainly merits    5 stars.