A Spool of Blue Thread by Anne Tyler

Pulitzer Prize winner, Anne Tyler, has been a favorite of mine for a long time, I have already read all of her novels, so when a new title appears, it becomes a major event in my mind.  She writes relatively slowly – about 2-3 years or more between books.  A Spool of Blue Thread, her twentieth novel, has been shortlisted for the 2015 Booker Prize.  She is the first American woman to be so honored.  My fingers, toes, and eyes are all crossed as I await the announcement in mid-October.


The most interesting thing about the novel is its structure.  The novel is a story of four generations of a family in Baltimore, Maryland.  Tyler begins with Red and Abby Whitshank, who have two daughters, a son, Denny, and a boy taken in by Abby as an infant when his parents are killed in an auto accident.  They conceal this last bit of information from Douglas – nicknamed “Stem,” until he has reached adulthood.  Oddly, the other children know about the circumstances of his birth but never tell Stem.


As the novel opens, Denny has disappeared from the family.  Every few months, he calls from some unusual place, far away from his parents, only to cut off contact, until he resurfaces somewhere else.  Suddenly, he shows up at his parents’ home with a child, Susan.  The novel then shifts to the story of the meeting and courtship of Red and Abby.  Abby is about to give into Dane, who wants to marry her, but she has an eye on Red.  Then the narrative shifts to Junior and Linnie, Red’s parents, how they met and eventually married and had a daughter, Merrick. The novel ends with the sale of the family home – built by Junior – and the removal of Red to an apartment.  This part – foreshadowed in several of the chapters, struck me so deeply with its verisimilitude.  I am experiencing the same anguish as my parents pass mile marker 90. 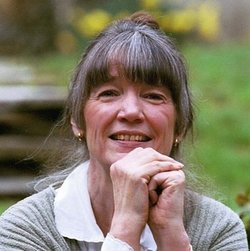 Tyler has a gentle, smooth, and completely absorbing style.  She draws characters as round and full as humanly possible.  By telling the story in reverse order – from youngest to eldest – Tyler excavates the Whitshank family tree.  Late in the novel, Junior and Abby “interview” Dane, who is between jobs and working for Junior.  A narrator takes up an observation about Junior and Linnae.  Tyler writes, “How could this man have been the hero of Mrs. Whitshank’s romance?  Whether you found it dashing or tawdry, at least it had been a romance, complete with intrigue and scandal and a wrenching separation.  But Junior Whitshank was as dry as a bone, droning on relentlessly while the other diners ate their food in dogged silence.  Only his wife was looking at him, her face alight with interest as he discussed the value of hard labor, then the deplorable lack of initiative in the younger generation, then the benefits conferred by having lived through the Great Depression.  If young folks today had lived through a depression the way he had lived through a depression – but the he broke off to call, ‘Ah! Going out with your buddies?’ // It was Merrick he was addressing.  She was crossing the hall and stopped to face him. ‘Yup,’ she said.  ‘Don’t wait supper.’  Her hair had become a mass of bubbly black curls that bounced all over her head” (255).


In several of Tyler’s novels – especially The Accidental Tourist – a quiet, reserved man becomes enamored by a bubbly, vivacious woman.  Despite the man’s protests, he succumbs to the charms of the woman, and as the novel ends, it is clear to the reader, the guy is falling for the girl.  In A Spool of Blue Thread, the bubbly girl turns out to be 18-year-old Linnie, who has a desperate crush on Junior.  He is trying to survive the depression by doing odd jobs.  He cannot afford another mouth to feed.


All things considered – to borrow a phrase from NPR – Anne Tyler’s wonderful saga of four generations will surprise and delight the reader.  In A Spool of Blue Thread, I believe everyone can find a family member which that seems ever so tantalizingly familiar. 5 stars