The Martian by Andy Weir

Ah for the days of my youth when I read SciFy, but I lost interest in the 60s watching the real thing as rocket after rocket blasted into space.  When a member of my book club selected The Martian by Andy Weir, I eagerly looked forward to see what some new SciFy novels had to offer.  The fact that I saw the trailer for the soon-to-be-released film starring Matt Damon added to my interest.

According to the inside cover, Andy Weir landed a job as a programmer for a national laboratory at the age of 15.  He describes himself as a lifelong space nerd.  This is his first novel. 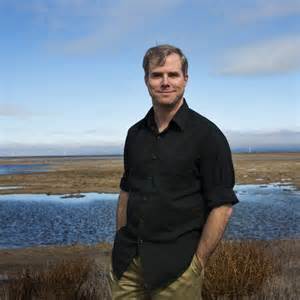 I knew the premise before starting to read, and I figured how it would end – sorry no spoiler alert – and I was not surprised.  But none of that took away the suspense or the excitement of the story, which alternates between log entries by Mark Watney, the stranded astronaut, conferences at NASA, an occasional explanation of what happens to Mark by an unnamed narrator, and communications with the crew which escaped a catastrophic dust storm after believing Mark had died.

The novel has lots of humorous moments.  As he overcomes problems of survival, his log entries become more and more entertaining.  Weir writes, “LOG ENTRY: SOL 381.  I’ve been thinking about laws on Mars. // Yeah, I know, it’s a stupid thing to think about, but I have a lot of free time. // There’s an international treaty saying no country can lay claim to anything that’s not on Earth.  And by another treaty, if you’re not in any country’s territory, maritime law applies. // So, Mars is ‘international waters.’ // NASA is an American nonmilitary organization, and it owns the Hab [living quarters on Mars].  So while I’m in the Hab, American law applies.  As soon as I step outside, I’m in international waters.  Then when I get in the rover, I’m back to American law. // Here’s the cool part: I will eventually go to Schiaparelli and commandeer the Ares 4 lander (positioned for the next Mars mission].  Nobody explicitly gave me permission to do this, and they can’t until I’m aboard Ares 4 and operating the comm[unication] system.  After I board Ares 4, before talking to NASA, I will take control of a craft in international waters without permission. // That makes me a pirate! // A space pirate!” (259-260). 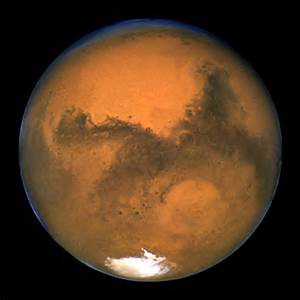 Mark has a facility for repairing things and jury-rigging fixes using duct tape, spit, and anything else he can salvage.  Some of this activity really stretched my credulity, but heck, this is SciFy!  However, I did have a minor problem or two with the novel.  The calculations and measurements are all in metric, and I know little two nothing about converting those numbers to the merry old English system.  I also thirsted for some more descriptions of the Hab, the rover, and other items he needed to survive.  Furthermore, a couple of inexplicable gaps in the story occurred.  Most of the time, the various sources of information tied these together.  For example, the Chinese space agency makes a brief appearance, then they are forgotten for a hundred pages or so, then a brief mention tying up that loose end. But all that aside, Mark Weir’s debut novel, The Martian, provided lots of suspense, unexpected developments, some hanky-panky among the crew returning to Earth, and Annie, a rather salty spokesperson for the Ares Project, who kept the world updated on Mark’s situation.  5 stars