The State We’re In by Anne Beattie

In my early days of book collecting, I avidly searched out authors whose books I admired.  My goal was signed copies.  I was not so careful in those days, because I have a lot of inscribed copies that are book club editions, or sometimes many editions removed from the first.  I only cared about the signature for my own personal collection – never about collection values.  Most authors gladly signed my books, but sometimes I had to use some minor subterfuge to gain access to those authors shy about meeting strangers.  When I heard Anne Beattie had been asked to speak at Rutgers University, I headed there with a few of her novels.  I learned there would be no signing after the lecture, but I told the guard I was a free-lance writer and reviewer, and wanted to talk to her about an article I was writing.  She agreed to see me, and she graciously signed my copies and answered a few questions, which I dutifully wrote into my notebook.  All true, although the article never found its way into print.  When I admire an author, I will go to many lengths to establish a connection – no matter how brief.  Now, Beattie has come out with a collection of short stories, The State We’re In.  While I really love her novels, I am thoroughly seduced by her short stories.

These 15 stories are loosely connected.  Most deal with teenagers suffering under the onus of parents, who are all, to my mind, parents normally concerned about the welfare of their offspring.  The peek into the mind of teenagers at the beginning and middle of their rebellious years awakens memories of my teen years and reminds me of what my students endure today.

One character who appears in the first story, “What Magic Realism Would Be,” and in the seventh story, “Endless Rain into a Paper Cup,” is Jocelyn.  In “Magic Realism,” she agonizes over an assignment in her English class, and in “Endless,” Uncle Raleigh, now worries about her passing algebra.  He encourages her, because he knows she is smart.  Beattie writes, “‘Thanks for saying something nice to me.’ // ‘That’s because I believe you deserve niceness, Jocelyn.’  […]  ‘If you don’t mind, could you print [your essay] out, because I can’t read that little screen, as you know.  And as I tell you every night.’ // She got up from his office chair, where she’d been slumped, writing and picking at her pedicure.  She turned on his printer.  When it printed out, it was not quite two pages. // ‘Yesterday’s was three pages,’ he said immediately. // ‘She’s tired of reading long papers.’ Jocelyn lied to Raleigh and Bettina – certainly to Bettina – and to her sort of best friend, who was lucky enough to be in Australia this summer, even if it did have to be with her family and her retarded – really, actually retarded – brother, the challenged Daniel Junior, who picked his nose right in front of you” (3).  No political correctness in Jocelyn, and she certainly spares no one. 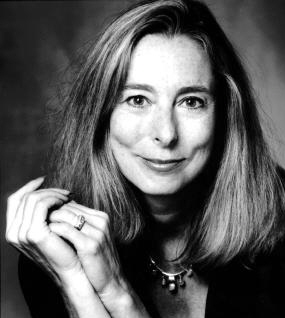 In “Endless,” Jocelyn has a conversation with her English teacher.  Beattie writes, “Ms. Nementhal held open the side door.  Jocelyn trotted ahead of her, her ears a little zingy, for some reason.  Just listening to Ms. Nememthal had been exciting.  She seemed to think she could do anything.  If Jocelyn ever got into any college, it would be a miracle.  Her mother said that tutoring for the SAT was too expensive, and she couldn’t disagree.  All you could do was read stuff on the Internet and get pointers from your friends, the most helpful so far being that the questions were essentially simple, but they pointed you in a direction that made you question your own perceptions, so you’d change things at the last second and answer wrong” (76).  English professors can be quite influential.

I found the occasional use of second person a bit off putting, but I see that in my students’ essays, so I guess that’s the way of the world.  Anne Beattie has been included in four O. Henry Award collections, in John Updike’s The Best Short Stories of the Century, and in The Best American Short Stories of 2014.  She has won numerous other awards.  She  currently teaches creative writing at the University of Virginia.  If Anne Beattie is an unfamiliar name, The State We’re In is a fine entre into the world of Anne Beattie.  5 stars