I, Iago by Nicole Galland

Shakespeare’s Othello is one of his four great tragedies along with Macbeth, Hamlet, and King Lear. I especially enjoy teaching Othello, which I alternate with Lear. When I heard about Galland’s novel, I, Iago, which is part prequel and all retelling of the story from Iago’s point of view, I eagerly awaited its rise to the top of my TBR pile. This recently published novel is great fun – especially for those familiar with the play.

I won’t go into any of the details of the plot – if the play is not familiar territory, this novel would be a great introduction. But the real fun is in noticing lines and characters from the play as they pop up almost from page one. So, I would advise reading the play first.

Othello has some of the great lines from the Bard: “green-eyed monster,” “the beast with two backs,” and, of course, Iago’s final line in the play, “Ask me nothing, … What you know, you know. From this time forth I will not speak another word” (368). Some of these lines Galland alters slightly, but the essence is always there. 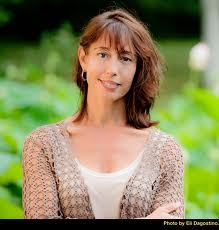 Galland recounts Iago’s early days from his childhood pranks with his boyhood friend, Rodrigo to his relationship with his father, and the origin of the epithet, “Honest Iago.”

Even though I knew exactly how the plot would spin out, the last hundred pages or so were as thrilling as the downhill side of the highest roller coaster in the land.

Incidentally, I think the 1995 Kenneth Branagh, Lawrence Fishburne, and Irène Jacob Othello is a most interesting and accessible version of the play. 5 stars