The Tiger’s Wife by Téa Obreht

Last month I reviewed the Best Short Stories of 2011 edited by Richard Russo. One of the stories I mentioned, “The Laugh” by Téa Obreht, reminded me I had a copy of her first novel, The Tiger’s Wife. It lay near the bottom of my TBR pile, but I decided to promote it. This turned out to be a most fortuitous decision.

Natalia is a young doctor, and she has a close relationship with her grandfather – also a well-known and respected doctor. The story is set in the Balkans at the end of the recent war. Natalia has set out to inoculate children in a remote orphanage with her best friend Zora. Interspersed among the narrative are flash backs to instances Natalia spent with her grandfather as a child. As the story opens, she learns her grandfather has died at a remote clinic, to the horror and amazement of his family, none of whom knew he was sick – except Natalia.

I could not help sensing touches of Salman Rushdie or Nobel Prize winner, Orhan Pamuk in this novel. Like these two world-renowned authors, Obreht’s prose mesmerizes. She describes one late-night adventure as a child with her grandfather:

“We were nearing the end of our street where it opened out onto the Boulevard, and I assumed the silence of our walk would be shattered by the bustle along the tramway. But when we got there, nothing, not even a single passing car. All the way from one end of the Boulevard to the other, every window was dark, and a hazy yellow moon was climbing along the curve of the old basilica on the hill. As it rose, it seemed to be gathering the silence up around it like a net. Not a sound: no police sirens, no rats in the dumpsters that lined the street. Not even my grandfather’s shoes as he stopped, looked up and down the street, and then turned left to follow the Boulevard east across the Square of the Kojanik.

“’It’s not far now,’ he said, and I caught up with him long enough to see the side of his face. He was smiling.

“’Not far to where?’ I said, out of breath, angry. ‘Where are you taking me?’ I drew myself up and stopped. ‘I’m not going any further until you tell me what the hell this is.’

“He turned to look at me, indignant. ‘Lower your voice, you fool, before you set something off,’ he hissed. ‘Can’t you feel it?’ Suddenly his arms went over his head in a wide arc. ‘Isn’t it lovely? No one in the world awake but us.’ And off he went again. I stood still for a few moments, watching him go, a tall, thin, noiseless shadow. Then the realization of it rushed over me: he didn’t need me with him, he wanted me there” (52-53). 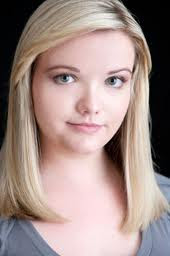 Natalia and her grandfather spent many hours together doing simple things. Visiting the zoo became an almost daily excursion. While there, the two would sit opposite the tiger’s cage, and he would read to her from Rudyard Kipling’s The Jungle Book. These visits, the book, and other stories run like threads in a skillfully woven tapestry. It explains her grandfather and it prepares her for her own life.

Obreht weaves a tale of science and superstition experienced by her grandfather and relayed in stories to Natalia. Then Natalia becomes faced with similar obstacles in her practice. She comes to a realization about her grandfather and her own life. A must read for anyone interested in literary fiction. 5 stars