Hunters and Gatherers by Francine Prose

Francine Prose, a relatively recent discovery of mine, has a powerful, yet interesting and quirky style. I first read her excellent non-fiction work, Reading Like a Writer: A Guide for People Who Love Books and for Those Who Want to Write Them. Of course, the title intrigued me, and the curious cat in me wondered how she read. The book absorbed my attention and admiration from page one. I agreed with much of what she wrote and learned quite a few tips along the way. Naturally, this led me to her novels.

I first read Blue Angel – the story of an English professor trapped in a web of deceit by a ruthless student. Then I read Goldengrove, and now her 1995 novel, Hunters and Gathers. I found this paperback in the sadly missed used bookstore in my hometown, Plotz Books. The cover intrigued me – three satyrs sit on rocks while dozens of nymphs seem to cascade down a mountain toward them. Inexplicably, neither the painting nor the artist are identified, but some research proved it to be by the 19th century artist, William-Adolphe Bourguereau.

Martha works as a fact checker for a fashion magazine in Manhattan. Her boss, Eleanor, is a tyrant and has Martha checking facts “any school child knew.” Dennis, her lover of about a year, has dumped her and Eleanor fired her after she asked for some time off to get herself together. The novel opens with Martha on Fire Island. Her friend, Greta, wanted to spend a weekend with her new lover, and she asked Martha to fill in for her with her elderly parents. While on the beach, she wanders into a group of oddly dressed women, and makes the acquaintance of Hegwitha, who stands apart from the main group.

Martha learns this is a gathering of Goddess-worshiping, New Age women. The central figure in this group is Isis Moonwagon, who promptly strolls into the ocean. Martha recognizes Isis is in trouble, and she dives into the surf to rescue her. Martha is then gently folded into the group. Thus ends chapter one.

This eclectic group of women spends most of its time squabbling over mundane and mountainous points of disagreement. Isis usually has a calming effect – if only for a short time. The novel does have its comic moments. Lonely Martha is drawn into the group, but she remains skeptical throughout. The group travels to the Arizona desert to spend some time learning from a Native American healer. 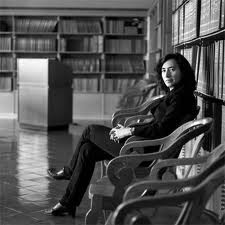 Although I enjoyed the story of these women, I did notice a rather glaring error in the novel. In an explanation of the gathering, Hegwitha tells Martha, “All over the world women are honoring the harvest and Persephone’s return from Hades to rejoin her mother” (10). A few pages later, still on the beach, “Martha shivered. Oh dear God, it was autumn” (13). The story of Persephone has her returning in the spring to rejoin her mother Ceres, the Goddess of grain, and thus flowers bloom, trees begin to leaf. Neither the fact checker Martha, nor anyone else, notices the error.

This novel is unlike anything else I have read by Prose, but it did have the quirkiness of the others. 4 stars.