Lucky You by Carl Hiaasen

Carl Hiaasen has a distinguished career as a newspaper reporter in Miami, Florida. Like Pete Dexter – a former columnist for the Philadelphia Daily News -- he turned his hand to novels. I have read about six of Hiaasen’s works and thoroughly enjoyed them all. His stories are gritty and down to earth, and have that special something which sounds a lot like newspaper writing. This 1997 novel, Hiaasen’s 7th, is no exception.

Tom Krome has been relegated to covering mall openings, beauty pageants, and, in this case, the story of a woman who won $14 million in the Florida Lottery. Hiaasen writes, “The downsizing trend that swept newspapers in the early nineties was aimed at sustaining the bloated profit margins in which the newspaper industry had wallowed for most of the century. A new soulless breed of cooperate managers, unburdened by a passion for serious journalism, found an easy way to reduce the cost of publishing a daily newspaper. The first casualty was depth. … Cutting the amount of space devoted to news instantly justified cutting the staff” (21). Investigative teams were one of the first cuts these business types made.

Krome was just “peaking in his career as an investigative reporter” (21). He applied for a job as a “feature writer” for The Register. He was offered a job as a divorce columnist, which he declined. A week later, the managing editor offered him a job as a feature writer, which Krome accepted, since he was trying to save for a move to Alaska.

Meanwhile, JoLayne Lucks won half of a $28 million dollar lottery prize. The other half was won by a white supremacist in Miami, who was furious he had to share the prize with what he was sure was a member of one of Florida’s two major minority groups. His plan was to start a militia to protect the US from a NATO and UN led invasion of the US to eliminate all the white people from America. The lunatic conspiracy theories which came out of Bode Gazzer’s twisted mind were just that – sheer lunacy. His partner in this insanity was Chub, a trigger-happy racist, who occasionally expressed some skepticism about Bode’s theories but liked the idea of being part of a militia.

Bode and Chub decide to steal JoLayne’s ticket. They find her shortly before Tom Krome does, and the two set out to track the thieves and recover her ticket. This is the main plot, but a humorous sub-plot involves Lucks’ hometown of Grange, Florida and some crazy con-artists running a religious miracle racket. All this is revealed in about the first 20 pages, so I am not giving much away. 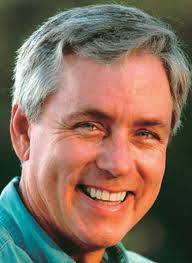 Lucky You is exciting and takes many unexpected twists and turns. I am not really a fan of mysteries and suspense stories, but the newspaper angle intrigues me, so I am working my way through Hiaasen’s work. This novel, like the others I have read, are great stories, with several interesting characters ranging from serious to funny to the bizarre. 5 stars