The Shallow End of Sleep by José Antonio Rodríguez

For anyone who aspires to write a good poem now and again, the discovery of a new poet can be a touch and go matter. How closely will the poet’s work appeal to my idea of a good poem? How closely will I relate to the images, the diction, and rhythm? Probably half of the poets I first encounter do not pass at least some of these tests. Every once in great while, however, I come across a book of poetry which rings all these bells for me. The Shallow End of Sleep by José Antonio Rodríguez resoundingly passes with flying colors.

The poems in Rodríguez’s collection have a warmth and an ability to call up memories of my own that somewhat match his. However, a shadow hangs over most of the endings -- a reminder of poverty and the hardship of adjusting to a new culture.

One of my favorites in the collection, “Playing Monopoly,” has many, many ties to my childhood.

“the green homes with perfect corners, the red hotels that looked like the textbook picture of George Washington’s home. The kids gloated guiltless when they won and the losers frowned for a second, their hands empty, until they decided to play again, like losing and winning were nothing” (38).

The poem then moves from the game of real estate to the realities of providing shelter for the family:

“I could tell you that I thought then of everybody putting in late hours, pooling money together to eke out the $400 payment on the house with a sink that drained into a bucket, with curtains for doors, with broken mattresses for beds, but it wasn’t like that – thoughts lined neatly like blocks.

“It was like when you finished your serving of beans and knew not to ask for seconds, that moment between taking the last bite and pulling the chair away from the table, the taste of that and the swallowing” (39). 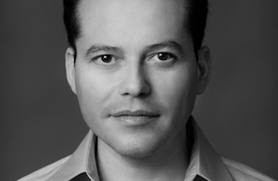 The poems in this collection fill the page with powerful memories and even more powerful emotions. Rodríguez has won the 2009 Allen Ginsburg Poetry Award and a Pushcart Prize nomination. His work has appeared in Paterson Literary Review, cream city review, The Spoon River Poetry Review, among others. He currently works on a Ph.D in English and creative Writing. 5 stars.