Quite a few years ago, I heard a lot of buzz about Richard Ford. His novel Independence Day won a Pulitzer and a Pen/Faulkner Award. I have always been a bit skeptical about the Pulitzer for fiction – too often I have not liked their selection. I felt some of their picks relied on gimmicks and attempts – it seemed to me – intended to shock and break out of the usual conventions of the novel. Now, I am not against a bit of iconoclasm when it comes to novels, but I sense – on occasion – that rule breakers break rules simply for the sake of making a ruckus. That, added to a fragment of a review, turned me away from Ford.

Then, I found myself in a class which required me to read Independence Day, and to my surprise, I enjoyed the novel enough to give it four stars. That was the Spring of 2008. Since then, I have read and watched interviews, read a short story or two, and read some reviews of ID. When I saw Ford had a new novel, I decided to dive in head first.

Canada Is a sprawling story of a dysfunctional family and how that dysfunction can affect the lives of its members in a variety of ways. The story is narrated by the son, Dell, about 50 years later. Dell has a twin sister, Berner. The mother, “Neeva,” short for Geneva, has been disowned by her Jewish parents for marrying Bev Parsons, a World War II bombardier, who now flits from job to job. He was demoted and honorably discharged from the Air Force for his participation involving some stolen beef for the officer’s club. He continued this sort of shadowy activity in civilian life. Finally, faced with death threats over a beef deal gone bad, he takes desperate measures to save his family.

Ford’s prose is most notable for his attention to details. These really bring the characters, the settings, the situations to life. Ford writes, “[Dad] had brought home two bottles of Schlitz beer, and they’d each drunk one – which they didn’t regularly do. It made them playful, which was how our mother’d become with us while he was gone. She’d put on a pair of white pedal pushers that revealed her thin ankles, some flat cotton shoes, and a pretty green blouse – clothes we didn’t know she owned. She looked like a young girl and smiled more than she normally would’ve and held her beer bottle by its neck and drank it in small swallows. She acted affectionately toward our father and laughed and shook her head at silly things he said. A couple of times she patted him on the shoulder and said he was a card. (As I said, she was a good listener.) Though he didn’t seem any different to me. He was a man in a good humor most of the time” (73). 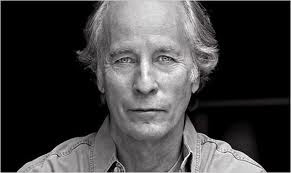 As the dust jacket tells us, when Berner and Dell were 15, their parents robbed a bank, but the plan did not rise to the level of perfection Bev assured Neeva it would. She fought against the idea, but in the end, she agreed to accompany Bev to the bank and drive the getaway car. This catastrophic even tore the family apart. Berner ran away to California, and Dell was taken by Neeva’s friend, Mildred to Canada to live with her brother.

The second half of the novel deals with Dell’s adventures in Fort Royal, a near ghost town in Saskatchewan. Eventually, Dell learns some lessons from his parents, and begins to make sense of them, his life, and his relationship with his sister.

Ford leaves lots of clues about the future of this family, and these are interesting. Ford is now in that hallowed group of my favorite authors. 5 stars