Rust, by Julie Mars, tells the story of Margaret Shaw, a critically acclaimed artist, who cannot land a show in a prestigious gallery. She begins wondering if she has chosen the right career. After reading a random article about coyotes wandering the streets of Albuquerque, she uses most of her savings earned as a waiter in a bar to move to New Mexico. Thus begins the heroic journey of a confident woman, who suffers from occasional bouts of self-doubt.

She has decided to move her art to three dimensions, and, in order to accomplish this, she begins collecting an assortment of rusted machine parts. Her next step involves learning to weld. Rico Garcia, widely known as “El Rey,” because of his skill as a welder among low-rider enthusiasts, agrees to teach Margaret this skill. The two become close friends and sets them both on paths of introspection.

Margaret’s parents abandoned her as a young child, and she grew up under the care of her grandfather. Rico’s marriage slowly disintegrates as he tries to figure out why his loving, passionate wife has turned cold. Interspersed among the chapters, Mars describes the life of Vincent. On a trip to India, he has found himself imprisoned for some unspecified drug crime. He begins a journey of his own, which brings him into contact with Margaret and Rico.

Now, my faithful readers might think they know how this novel will turn out, but they would be wrong. Rust is Mars’ fourth novel, and I can assure you, I am already on the hunt for the first three. Her prose shines like the sun in the Southwest desert. Early on, Mars writes,

“On Sunday, Margaret woke up moody. After she had taken her morning shower, for example, she threw her towel to the floor and studied her naked body in the mirror on the back of the bathroom door. This was a sure sign of a coming storm. Whenever she experienced the urge to stand outside herself and technically review her body, which in these moments she tended to equate with her cage, her jail cell, or her hostage closet, she was already in trouble. It meant the restlessness, the discontent, was upon her, and she was trapped in it” (52). 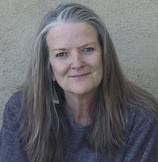 Margaret encounters an entirely new world in Albuquerque, and this world helps her tie up a lot of the loose ends resulting from her unraveling in New York. Julie Mars’ novel, Rust is an interesting and imaginative novel and deserves a look by all serious readers. 5 stars