Wolf Hall by Hilary Mantel won the 2009 Man Booker Prize. The novel tells a fictionalized account of the rise to power of Thomas Cromwell during the reign of Henry Tudor – Henry VIII – in 16th-century England. This interesting story of one of the most famous – and infamous – families in British History tops at an imposing 604 pages. But every single page carries the story forward. Reading this novel causes an imperceptible and complete immersion into the story. Interestingly enough, Mantel became the first woman – and only the second person – to win two Man Booker Prizes, when the committee awarded her the 2012 prize for the sequel, Bring Up the Bodies. I collect first editions of Booker Prize winners, so I will have to wait for a reading copy before finishing the story. 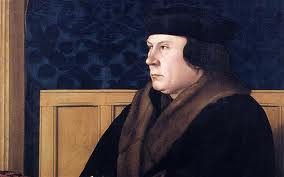 Thomas Cromwell, the clever son of a blacksmith, became secretary to Cardinal Wolsey through the later years of his powerful position as Cardinal and Chancellor of England. When Wolsey fell, partly through the machinations of Anne Boleyn once she was queen, Thomas attracted the attention of Henry, who gradually raised him to the highest office beneath the king: chancellor. 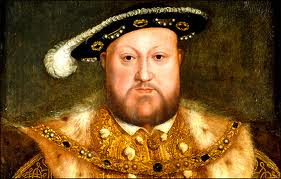 As I have written several times, I find the Tudor period one of the most fascinating in English history. This novel – with its meticulous detail – has added greatly to my understanding of this time and its many interesting characters. In addition to elaborate family trees, Mantel provides a list of the characters in each of the important locales of the novel.

In one early passage, the “sweating sickness” has struck Thomas’ daughter, Anne. Mantel writes, “Mercy hangs outside their door the signs of the sweating sickness, She says, how has this happened? We scour, we scrub the floors, I do not think you will find in the whole of London, a cleaner house than ours. We say our prayers, I have never seen a child pray as Anne does. She prays as if she’s going into battle.

“Anne falls ill at first. Mercy and Johane shout at her and shake her to keep her awake, since they say if you sleep you will die. But the pull of the sickness is stronger than they are, and she falls exhausted against the bolster, struggling for breath, and falls further, into black stillness, only her hand moving, the fingers clenching and unclenching. He takes it in his own and tries to still I, but it is like the hand of a soldier itching for a fight” (139).

This passage conveys the desperation of the tragedy. The “sweating sickness” was a devastating disease that struck England and Europe in a series of epidemics from 1485 to about 1551, when it mysteriously disappeared. It struck without warning and frequently resulted in death within hours. We still do not know its cause.

While prior knowledge of the Tudors is not necessary, some familiarity enhances the read. For example, Mantel mentions, “John Seymour’s daughter” several times. This daughter, Jane, spent her days at the side of Anne Boleyn as one of her “ladies in waiting.” Knowing she would become Henry’s next queen following the execution of Queen Anne, added to my enjoyment.

But the thing I love about the Tudor’s involves the parallels to our country today. Thomas tries to deal with the rebellious Percy family. Mantel writes, “How can I explain to him? The world is not run from where he thinks. Not from his border fortresses, not even from Whitehall. The world is run from Antwerp, from Florence, from places he has never imagined; from Lisbon, from where the ships with sails of silk drift west and are burned up in the sun. Not from castle walls, but from counting houses, not by the call of the bugle but by the click of the abacus, not by the grate and the click of the mechanism of the gun but by the scrape of the pen on the pages of the promissory note that pays for the gun and gunsmith and the powder and the shot” (349). 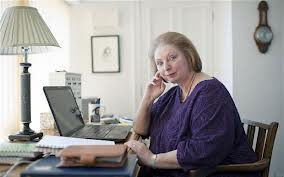 For history buffs, for lovers of historical fiction, for aficionados of romance and mysteries and spy thrillers, Hilary Mantel’s Wolf Hall will captivate the discerning reader. 5 stars