The Testament of Mary by Colm Tóibín

Colm Tóibín writes novels which tend to the dark and intense while thoroughly examining the angst and joys of his characters. His prose tends toward the simple – without an ounce of simplicity – the sublime and, as one reviewer wrote it is, “elegant and complex.” The Testament of Mary, however, takes a slightly different tack. Based on a play, this novelization examines the life of Mary, the mother of Christ, years after her son’s crucifixion.

Tóibín portrays Mary as a skeptic in regard to her son’s divinity and the character of the men surrounding him during his public ministry as recounted in the New Testament. Those apostles are now her caretakers, providing her with food and shelter, all the while quizzing her for details of her son’s life. She clearly does not want the attention neither from strangers nor from those “misfits,” (6) as she refers to them. She holds an empty chair for his return, but deep down, she her skepticism touches even this basic tenet of Christianity. Tóibín writes,

“‘He was the Son of God,’ the man said, ‘and he was sent by his father to redeem the world.’

“I turned toward them then and whatever it was in the expression on my face, the rage against them, the grief, the fear, they both looked up at me alarmed and one of them began to move towards me to stop me saying what it was I now wanted to say. I edged back from them and stood in the corner. I whispered it at first and then I said it louder and as he moved away from me and almost cowered in the corner I whispered it again, slowly, carefully, giving it all my breath, all my life, the little that is left in me.

Mary carries an enormous guilt for not staying with her son as he expires. Rather, she slips away with the others to save herself. 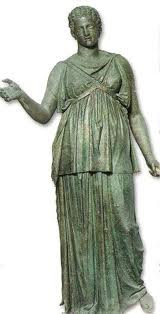 Mary also treasures a small silver statue of the Goddess,

“I do not go to the Synagogue now. All that is gone. … I move quietly. I speak to her in whispers, the great goddess Artemis, bountiful with her arms outstretched and her many breasts waiting to nurture those who come towards her” (80).

This novel will most likely upset true believers, but Tóibín has captured the anguish of a mother who has lost her son for a cause she neither believes in nor understands. 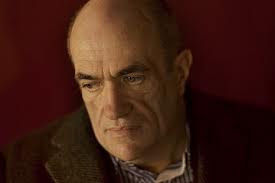 Twice short-listed for the Man Booker Prize, Tóibín’s Testament of Mary strikes at the core of sorrow, love, regret, and her longing for death. A truly noble and elegant story. 5 stars.