The Art of Fielding by Chad Harbach

I am not much of a sports fan -- except for the occasional football game or a rarer basketball game, which have tenuous holds on my attention. However, ice hockey has a place near the top of my list, but it seems as if the entire season will be canceled for the second time in the last decade. But I do enjoy baseball. Chad Harbach’s The Art of Fielding rose to the top of my TBR pile, because it is the last of my Christmas 2011 book presents, so I thought I would read it before the next sure-to-be excellent pile would appear on December 24th. I had delayed reading it, because I thought it would be another sports story about a sad-sack team of misfits saved by the talent, hard work and charisma of a young phenom. I sure did strike out on this at bat!

The Art of Fielding tells the story of Henry Skrimshander, skinny, talented ball player obsessed with the fictional career, a fictional book by the fictional Aparicio Rodriguez, The Art of Fielding. Henry reveres Aparicio. He has the book memorized, and carries it with him at all times. This young man comes under the notice of Mike Schwartz, a sophomore at Westish College on the shores of Lake Michigan in Wisconsin.

This seems to be the cliché-filled story of the aspiring athlete, the mentor, and a rags-to-riches team of college athletes going through the motions of playing baseball. But this is not the full story. Several characters slowly enter the story, and all become intertwined. Henry’s roommate, Oscar, also on the team, has earned the nickname “Buddha” because he always has a book in his hands – even as he sat on the bench during a game. The college president, Guert Affenlight, opens his home to his daughter, Pella, after she leaves her husband in San Francisco. These five characters orbit around each other and interact in surprising and interesting ways.

Henry’s manual almost becomes a character itself, guiding him and eventually other members of the team. The Zen advice in the book can also be applied to many of life’s daily activities. The book provides Henry with more than 200 aphorisms and ideas for conducting his daily life. For example, “3. There are three stages: Thoughtless being. Thought. Return to thoughtless being. 33. Do not confuse the first and third stages. Thoughtless being is attained by everyone, the return to thoughtless being by a very few.” [Italics Harbach’s] (16). These principles become the key to Henry’s actions on the field. He becomes an instinctive player, a machine, who can anticipate the direction a ball will take based on the pitcher, the swing of the hitter, and the sound of the bat.

Harbach’s prose mesmerized me, and the pages flew by faster than I would have imagined. The lives of these five characters move in surprising ways, and the final resolution of the novel was completely unexpected. Pella begins dating Mike, but his relationship as Henry’s mentor casts a pall over them. Harbach writes,

“And had Pella said boo about any of it? Had not said for instance, that Henry was an adult or nearly adult person who could fend for himself; nor had she said that being occasionally unable to throw a baseball from one place to another with perfect accuracy didn’t exactly qualify as tragic; nor had she said – for instance – that Henry would start throwing the ball better when he felt like throwing the ball better; and maybe everybody should just leave him alone for a while and let whatever was going to happen happen. It was amazing the way people hemmed each other in, forced each other to act in such narrowly determined ways, as if the world would end if Henry didn’t straighten himself out right now, as if a little struggle with self-doubt might not make him a better person in the long run, as if there was any reason why he shouldn’t take a break from baseball and teach himself to knit, to play the cello, to speak Gaelic – but no, God, no, he had to work hard and stay focused and grind it out and keep his chin up and relax and think positive and keep plugging away, subscribe to every stupid cliché Mike or anyone else could throw at him, working and worrying until he started having panic attacks, for Christ’s sake, which wasn’t tragic either but was far from a promising sign.” (247-248) 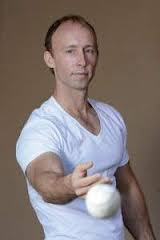 This paragraph consists of only three sentences and encapsulates the wildly different viewpoints of dedicated athletes to their passion and casual observers. Fascinating, fun, sad, and yes a bit tragic, but in the end … things work their way to some surprising conclusions.

Recently released in paperback, The Art of Fielding by Chad Harbach has room for enjoyment by sports fans and avid readers of literary fiction. 5 stars