A Fall of Moondust by Arthur C. Clarke

When I was in 7th grade, I discovered Jules Verne.  I read several of his books, and fell in love with science fiction.  I began reading Ray Bradbury’s epic series beginning with Dune.  I watched films such as Forbidden Planet and The Day the Earth Stood Still.  I tackled the two volume story, When Worlds Collide and After Worlds Collide.  This last, by Philip Wylie and Edwin Balmer, occupies one slot in the top five best SciFi thrillers.  But the number one spot is firmly held by Arthur C. Clarke’s A Fall of Moondust.

After finishing an intense novel set in Botswana in the final days of apartheid, I decided something light was in order.  I do not know how many years it has been since I last read Moondust, or Clarke, or even any SciFi for that matter, but Clarke’s novel seemed to be exactly what the librarian ordered.  I have been searching for a hardback first edition with no luck, so all I have now is a worn and yellowed paper back from the 60s.  Oh how the years have altered my reading habits!  I wondered if this novel would stand the test of neglect I had imposed on it.

From the first page, Clarke’s brilliant and clever prose drew me in, but I began to notice a series of time stamps he had unwittingly written into his novel.  His foresight was most definitely NOT 20/20.  For example, I laugh when I watch Forbidden Planet and the captain lifts a microphone from a console with a retractable wire to address the crew.  Likewise, Clarke did not imagine some things that would make us cringe today.  Male characters notice, and comment on, physical characteristics of women.

Bu the most astounding thing I discovered involved the plot.  As I was making notes for this review, I began to feel as if I recognized some of the characters.  I began making a list, and suddenly, it dawned on me – the plot of Moondust had a remarkable resemblance to the 1972 film, The Poseidon Adventure, based on a novel by Paul Gallico, with a screenplay by Stirling Siliphant.

Both involve a set of tourists, stranded in a boat after a natural disaster.  Each story has a charismatic leader, who has the talent and confidence to lead the others to safety.  In the final scene of the film, the survivors reach the stern of the capsized ship and bang on the floor/ceiling.  A return thumping lets the survivors know of their imminent rescue.  A similar situation occurs in Moondust.

I think I need to get a copy of Gallico’s novel and make a closer comparison.  Unfortunately, Paul Gallico died in 1978, but research might reveal another reader who noticed the difference, or – better yet – an acknowledgment by Gallico of his inspiration.  After all, if Irving Block could write a short story loosely based on Shakespeare’s play The Tempest, why couldn’t Gallico been inspired by Arthur C. Clarke’s A Fall of Moondust? 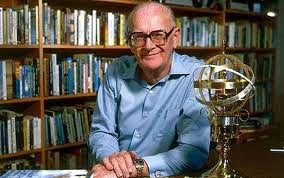 My next book club read is also science fiction, so I am glad I am easing into that work by returning to those wild days of my youth when Arthur C. Clarke thrilled and inspired me to write my first story of horses, about which I knew almost nothing, and alien abductions, about which I knew even less.  Thankfully, that manuscript is long lost.  But Clarke’s A Fall of Moondust has hung in there as my favorite work of science fiction.  5 stars