Irish writer, Colum McCann, spins an engrossing tale of New York in the early seventies and beyond.  The central idea of Let the Great World Spin orbits around Phillipe Petit’s walk on a cable strung between the twin towers of the World Trade Center in 1974.  A disparate group of characters coalesce, and all are touched by the daredevil stunt.

McCann, an internationally known bestselling author, lives in New York with his family.  He teaches creative writing at Hunter College.  He is the author of four critically acclaimed novels and two collections of short stories.  He has won numerous literary awards in Ireland.  Esquire magazine named him one of the “best and brightest” young authors.  His short film, Everything in this Country Must, received an Oscar nomination in 2005.  His work has appeared in The New Yorker, The New York Times Magazine, Atlantic Monthly, and The Paris Review.  After reading this novel, I see another collection of an Irish writer in my future.

Each section of the novel takes on a voice of its own.  In one section, John Corrigan has left Ireland to work in the slums of New York.  He lives a Spartan existence among burned out, abandoned buildings in the Bronx.  His neighbors are drug addicts, alcoholics, hookers, and petty criminals.  He has developed a relationship with these people.  He does not judge them in any way, but rather he offers them a helping hand anyway he can.  His older brother, Ciarran, emigrates from Ireland, and is horrified by the conditions of his brother’s life.  McCann writes: 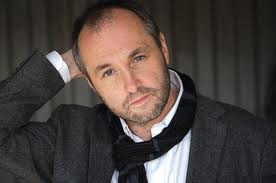 “I’d been in the South Bronx for a week.  It was so humid, some nights we had to shoulder the door closed.  Kids on the tenth floor aimed television sets at the housing cops who patrolled below.  Air mail.  The police came in, clubbing.  Shots rang out from the rooftop.  On the radio there was a song about the revolution being ghettoized.  Arson on the streets.  It was a city with its fingers in the garbage, a city that ate off dirty dishes.  I had to get out.  The plan was to look for a job, get my own little place, maybe work on a play, or get a job on a paper somewhere.  There were ads in the circulars for bartenders and waiters, but I didn’t want to go that way, all flat hats and micks in shirtsleeves.  I found a gig as a telemarketer, but I needed a dedicated line in [my brother’s] apartment, and it was impossible to get a technician to visit the housing complex: this was not the America I had expected.” (32)

John shrugs off Ciarran’s concerns, and continues on his way with a smile.

This emotional and taut story really captured me.  Reading about the preparations for the tight-rope walk gave me the chills.  I have a fear of heights, and as I read those pages, I had to grip the arm of my chair -- the sensation of falling was that intense.  A wonderful story, a dazzling array of individuals from the South Bronx to the Upper East Side of Manhattan, McCann has blended all these characters into a splendid story of faith, courage, charity, love, hatred, and downright meanness.  I can’t wait to see what else McCann has to offer.  5 stars.