You Deserve Nothing by Alexander Maksik

My wife has been after me to read You Deserve Nothing by Alexander Maksik for some time.  Finally, I gave in and started to read.  The main character, William Silver, teaches at the International School Paris.  His techniques in the classroom, his method of questioning, his assignments, the readings, and discussions eerily mirror what I do in the classroom.

According to the author’s bio on the back cover, Maksik received teaching and writing fellowships from the Iowa Writer’s Workshop.  Currently, he holds the Provost’s Postgraduate Writing Fellow position at the University of Iowa.  You Deserve Nothing
is his first novel – and what an intense and deeply psychological novel it proved to be.

William teaches literature and composition.  The novel centers on a Senior Seminar at the prestigious high school populated mostly by the children of American diplomats and businessmen and women.  Besides William, two other characters narrate the story in separate chapters.  Marie is a 24-year-old woman at the school, Gilad is a 24-year-old man, and Silver is 38.  The first chapter of each character gives the age, and I was confused, because I believed this to be a high school, which I confirmed by researching the school.  Other interesting characters include Arial, a stunningly beautiful young woman in Silver’s seminar, and Colin, and Irish lad with a temper.

The parts of the novel -- from the viewpoint of the students -- details all the anxieties, fears, hopes, dreams, and problems expected of adolescents.  Silver has a public personae, which the students adore, but his private life is another matter.  He holds his students to a high standard, which he himself cannot attain.

Maksik prose cleverly draws the reader into the story.  In the beginning, I felt as if I were reading John Knowles’ A Separate Peace; however, it quickly shifted to Francine Prose’s Blue Angel.  These three novels of teachers and students, provide stunning insights into relationships among teachers, students, and administration. 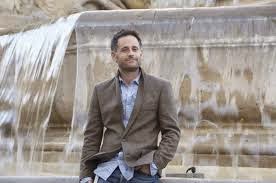 The prose flows leisurely.  Maksik writes, “The optimism, the sense of possibility and hope comes at the end of August.  There are new pens, unmarked novels, fresh textbooks, and promises of a better year.  The season of reflection is not January but June.  Another year passed, the students gone, the halls silent.  You’re left there alone.  The quiet of a school emptied for the summer is that of a hotel closed for the winter, a library closed for the night, ghosts swirling through the room” (19).  Literature thrives and revolves around connections.  I have experienced nearly 30 of these Augusts, Decembers, and Junes.  I have had students closely resembling Narie, Ariel, Gilad, Colin, Abdul, Hala, and others.  I have had colleagues chillingly close to Mia – another English instructor at the ISF.

For language and an explicit scene, this provocative adult novel forces the reader to deal with the characters and their actions and then decide who makes good decisions and who makes decisions which alter the course of several lives.

I enjoy novels about teachers, professors, and students.  You Deserve Nothing by Alexander Maksik belongs the best of this sub-genre.  5 stars