The Children Act by Ian McEwan

Booker Prize-winning author, Ian McEwan’s sixteenth novel, The Children Act again delves deeply into the human psyche.  He spares no feelings, leaves no secrets unrevealed, in an attempt to demonstrate the difficult decisions we must make throughout our lives.

Fiona Maye holds a seat on the English Court dealing with domestic issues of marriage, divorce, alimony, child support, and the welfare of children.  The Children Act of the title refers to a set of laws first passed in England in 1989 and updated in 2004.  The paramount consideration is the welfare and best interests of the child.  Before her sit the parents of Adam, who suffers from a rare, but treatable form of leukemia.  The boy is 3 months shy of his 18th birthday, and thus considered by the act of not being capable of refusing treatment.  His parents and Adam belong to Jehovah’s Witnesses, whose beliefs include the refusal of blood transfusions.  The drugs for Adam’s disease cannot work without the transfusion.

Meanwhile, the childless Fiona navigates the tangled difficulties of the case while her own marriage disintegrates.  Her husband, Jack, has decided the passion has gone out of their marriage, and wants a fling to experience what he and Fiona had in their early days together.  She has an amazing ability to separate her personal and professional lives.  While she thinks of Jack when she is off the bench, no thought of him intrudes while she hears cases and deliberates.

McEwan’s prose, in this short novel, will not let the reader’s mind stray.  He writes, “Among fellow judges, Fiona Maye was praised, even in her absence, for crisp prose, almost ironic, almost warm, and for the compact terms in which she laid out a dispute.  The Lord Chief Justice himself was heard to observe of her in a murmured aside at lunch, ‘Godly distance, devilish understanding, and still beautiful.’  Her own view was that with each passing year she inclined a little more to an exactitude some might have called pedantry, to the unassailable definition that might pass one day into frequent citation’” [in law journals] (15). 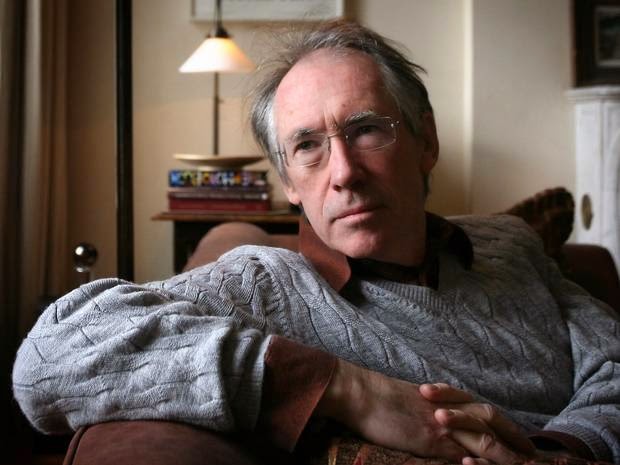 As do many members of the judiciary, she must walk a razor thin line in the case.  Fiona does so with aplomb, confidence, and clarity.  Her musings on the case explore the situation from all angles.  McEwan writes, “On the other side of the city a teenager confronted with death for his own parents’ beliefs.  It was not her business or mission to save him, but to decide what was reasonable and lawful.  She would have liked to see this boy for herself, remove herself from a domestic morass, as well from the courtroom, for an hour or two, take a journey, immerse herself in the intricacies, fashion a judgment formed by her own observations” (36).  She does visit him, and the two share a tender moment.  She returns to the courtroom and renders a decision.

Ian McEwan has a marvelous talent for spinning a story, and The Children Act is an impressive addition to his works, and surely will add to the staggering list of literary awards he has already received.  I believe a double meaning lurks in the title.  5 stars