The Green Road by Anne Enright

My Irish roots occasionally lead me to wander into stories of the “Olde Sod.”  When one of those stories comes from the quill of a Man Booker Prize winner, I have no hesitation at all.  Ann Enright’s 2015 novel, The Green Road, tells the story of a family dispersed around the globe.

Rosaleen Madigan is the matriarch of her four children.  Dan announces he wants to become a priest, and this drives his mother into a funk which last over a month.  She is unable to get out of bed.  Constance – the only sibling to remain in Ireland -- marries Dessie, a local real estate developer, and they have three children, Donal, Rory, and Shauna.  Emmet wanders the globe doing good deeds in impoverished nations.  He is in a relationship with Alice – a fellow activist -- which breaks apart as the novel begins.  Hannah is the youngest.  She is a film actress who lives in Los Angeles with Hugh and their infant child.  This might seem an often used scenario, but Enright delves into what drives this family apart with a rather interesting prose narrative.

Dan moves to New York and engages in some risky relationships.  Constance is driven to distraction by the demands of her mother.  Emmet loses Alice who takes off for a distant area of the globe.  Hannah is an alcoholic, who suffers from depression following the birth of her child.  Complications to all these problems arise from Rosaleen’s obliviousness to the truth about her family.

Enright delves into the turmoil in the lives of each of these children.  For example, she writes about Constance, who has discovered a growth in her breast. “If she had gone to New York she would not have worried about cancer now.  She would have been jogging for years, living on wheatgrass, she would have a yoga ‘practice’, maybe even a personal trainer, and her children would be – she could not imagine what her New York Children would have been like – whiny, at a guess, that mixture of entitlement you saw in city kids.  Her children would be fewer.  Her children would not exist.  Their souls would call to her from the eyes of strangers, as though they’d found some other way into the world.  She would turn in the street to look at them twice: who are you?”  (87).  Enright alludes to the allure of exaggerated ideas of the new world tinged with realism and some wishful thinking.  My introduction to Enright was her 2007 Booker Prize winner, The Gathering, which dealt with similar themes – family relationships, love, sex, and the Irish Zeitgeist. 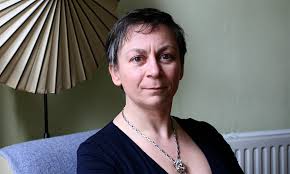 Each chapter is devoted to one of the family members.  In one, Rosaleen wanders around her home nattering about the past.  Ann writes, “The kitchen was the easiest room in the house, with the heat of the range and two windows, one facing south and the other west.  But it was November, and there were days when she filled a hot water bottle just to make it down the hall.  Outside she had a winter flowering cherry set against the silhouetted winter branches, but it would not bloom for many weeks yet.  Meanwhile, she had no evergreens, for being too depressing, and every November she thought about a blue spruce, or those needle-thin Italian pines, and every November she decided against.  It was an Irish garden.  A broadleaf garden, except for the monkey puzzle at the front of the house.  Straggly now – there were dead and half dead branches for fifty feet or more, but it was her father’s tree and nothing gave her more pleasure.  The monkey puzzle was allowed, as Dan used to say” (145).

Ann Enright’s novel, The Green Road, with nearly rare expletives and a few sexual references, is an absorbing, interesting look at modern Ireland.  The ending is tense as the clan gathers for what may be their last Christmas together.  5 stars