My Father Had a Daughter: Judith Shakespeare's Story by Grace Tiffany

The benefits of belonging to a book club go beyond the reading, the discussion, and the camaraderie with friends and colleagues.  For me, of equal importance, involves discovering new authors I might not consider for solo reading.  My Father Had a Daughter: Judith Shakespeare’s Tale by Grace Tiffany is a perfect example.  According to her website, Grace Tiffany is a professor of Shakespeare and Renaissance literature at Western Michigan University, and the author of five historical novels. Her fiction has been honored by the American Library Association and by Book Sense 76, the “best books” list of the association of American independent book sellers. She lives in Kalamazoo, Michigan.

At one time, I devoured as much historical fiction as I could, but like my phase reading fantasy/science fiction, it passed.  Tiffany’s take on Shakespeare’s youngest daughter, might just revive that phase.  In researching for this review, I see that she has a new novel, Paint, which delves into the mysterious “Dark Lady,” about whom Shakespeare wrote almost 30 sonnets.

Judith was the twin daughter of Hamnet, Shakespeare’s second and third children.  Hamnet dies when he was about 11, and the circumstances are unknown.  The young girl felt guilty about her brother’s death, missed her father, and feared her fate if she stayed in Stratford.  So she cuts her hair, wears boys clothing, and makes her way to London.  She passes as a boy, and gets a job in a pub serving ale.  Nearby, the Globe theater has recently been constructed, and she visits the site.  She approaches Richard Burbage, the premier actor on the Renaissance stage, and begs and cajoles him into giving her a small part in a play.  She narrowly escapes the notice of her father supervising rehearsals. 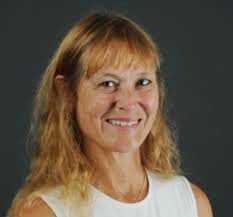 Tiffany’s style captures the feel of Elizabethan England.  She writes, “My brother […] was open-faced and bold, and he did what I wanted, and for that I loved him.  That he was a boy and ten minutes my elder did not lead him to run riot over my desires; he was gentle and he listened and laughed out loud at all and any of my ideas and plots and was the willing reflection of my spirit.  We would hang from the ash trees like monkeys, though the first time we did it my smock fell over my face.  From then on, he lent me his second pair of trunks and hose, and in those I climbed as high as a squirrel.  We played mumblety-peg in the garden and then, when we were six and he went to school and I had to stay home, he lent me his hornbook to show me what he had learned each day, so we learned to read together” (4).  Judith faced a life of falling further and further behind the men in her life.  But the free-spirited Jude was not about to let that happen.

One of the fun things about the novel is the allusions to plays sprinkled throughout.  For example, when Will sends his daughter back to her mother, he comforts her when, “he kissed the top of [her head, and said] ‘All’s well that ends well, Jude’” (180).  Tiffany also puts references to the “Dark Lady,” Macbeth, Hamlet, Twelfth Night, and Julius Caesar.  My Father Had a Daughter by Grace Tiffany, is a delightful read even for those not familiar with Shakespeare and his works.  5 stars