The Sixteenth of June by Maya Lang

Ever since I read James Joyce’s A Portrait of the Artist as a Young Man in high school, the Irish author has fascinated me to no end.  Much of my graduate work focused on Joyce.  When I heard of a novel loosely based on Joyce’s great work, Ulysses, I could not move faster to order and read the novel, The Sixteenth of June by Maya Lang.  As a bonus, she set the story in Philadelphia.  All kinds of landmarks figure into the story, as they do in the Dublin of Ulysses.  Those who enjoy puzzles and word games will find this a pleasant and worthwhile read.

The only drawback to the novel lies in the complicated family relationships, which I found hard to keep straight.  I tried making a family tree, but gave up.  Maya Lang’s website contains a list of sentences and paraphrased sentences, drawn from Ulysses.  Great fun ferreting those out.

Lang’s prose ranks close to Joyce’s style.  In Ulysses, every page is a puzzle, every character described in great detail.  Lang’s characters also share names with the characters in Ulysses: Leopold and Stephen, and Nora – Joyce’s wife.

Lang’s Stephen is an English Professor, as is Joyce’s.  Lang writes, “They continued talking, their discussion lightening as the sky grew dark.  He told her about teaching, that sea of alien faces smirking at him.  How they fidgeted, turning in papers that were a collective atrocity.  And this is an Ivy League school!  Next he was going on about his committee, the fatiguing levels of [butt]-kissing its members required.  He felt as if he were getting a degree in babysitting, in appeasement, in coddling.  ‘Stephen, don’t you have office hours?’ she interrupted, glancing at the clock.  ‘No one ever comes anyway,’ he replied hastily, reaching for a cookie.  He thought he saw a momentary gleam in her eye, but she said nothing, her head bobbing away” (29). 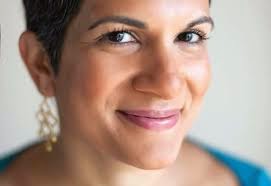 Numerous references to places I know and love abound in the novel: Rittenhouse Square, Spruce Street, Delancey Place, Chestnut Hill, Wawa – a deli/convenience store with great sandwiches, and my neighborhood, Fishtown.  She even takes a jab at a Philly accent, when Nora asks if Stephen wants a drink.  “She pronounced coffee as if it had a w. Cawfee” (109).

The characters spend a lot of time in their heads, for example, Lang writes, “Nora wonders if they aren’t so different from Ulysses.  She had attempted to read it before her first Bloomsday party.  ‘How do you people get through this thing?’ she asked Stephen.  ‘They don’t,’ he replied.  ‘That’s its claim to fame’”  (88).

In one scene, Lang writes, “…Stephen clacking away on his beloved typewriter.  16 June 2014” (121). Of course June 16th is Bloomsday, the date Ulysses is set.  So those were fun, and kept me reading, but I think I will read this again in a little while and see if deserves more than 4 stars.