James Salter might be the best, under-appreciated writer working today.  His stories are deft, clever exposes of the inner lives of men and women.  His second novel, Cassada, recounts his experiences in World War II.  He left the military in 1957, after the publication of his first novel, The Hunters.  Last Night is his latest collection, and they exemplify the “slice of life” stories so common these days.  These brief peeks at turmoil and joy, success and disappointment, all leave the reader space to imagine the ending or the consequences.

Salter has written five novels and two works of non-fiction.  His first collection of stories, Dust and Other Stories, won the Pen/Faulkner Award in 1989.  Last Night is his second collection.  These ten stories all delve into relationships – strong and weak, new and old, broken and fixed.  The most intriguing story is the first, “Comet.”  Philip and Adele are about to exchange wedding vows.  Salter writes, “[Philip] didn’t make much money, as it turned out.  He wrote for a business weekly.  [Adele] earned nearly that much selling houses.  She had begun to put on a little weight.  This was a few years after they were married.  She was still beautiful – her face was – but she had adopted a more comfortable outline.  She would get into a drink, the way she had done when she was twenty-five.  Phil, a sport jacket over his pajamas, sat reading.  Sometimes he walked that way on their lawn in the morning.  She sipped her drink and watched him” (6).  The story ends with Walter searching the sky for a comet.  Adele can make it out in the haze of her alcohol consumption.  Now I have to imagine what the comet represents.  That’s the fun of these stories.

Another interesting story is “My Lord You.”  This story describes the interaction among six friends.  Ardis is new to the group, and when Warren arrives intoxicated, he frightens her.  The poet makes a pass at Ardis, and the other shrug it off as a result of his drinking.  Like all of the stories in this collection, an unexpected ending awaits the reader.  “Such Fun” opens a window into the lives of three women – Leslie, Kathrin, and Jane -- who dissect their relationships, past, present, and potential.  This story has the most humor and the least subtlety than the others.

I had a tough time deciding which story I would feature as my favorite.  Because it is last, and because most writers end a collection with their best story of poem, I chose the title story for this honor. 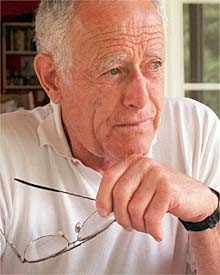 As a touching story, “Last Night,” details the final days of Walter Such’s wife, Marit, who is seriously ill.  With the aid of a physician, the plan is to assist her suicide.  Salter writes, “It was the night they had decided would be the one.  On a saucer in the refrigerator, the syringe lay.  Her doctor had supplied the contents.  But a farewell dinner first, if she were able. It should not be just the two of them, Marit had said.  Her instinct.  They had asked Susanna rather than someone closer and grief-filled, Marit’s sister for example, with whom she was not on good terms anyway, or older friends.  Susanna was younger.  She had a wide face and high, pure forehead.  She looked like the daughter of a professor or banker, slightly errant.  Dirty girl, one of their friends had commented about her, with a degree of admiration” (121).

As a great introduction to this interesting writer, Last Night fits the bill perfectly.  5 stars